The arrival of Buddhism in China can be dated to the first century. Chinese Buddhist traditions can be divided into more theory-focused and more practice-focused schools. The beginning of the Chan School (chan zong 禪宗) is linked to the arrival of Bodhidharma in China. However, the Chan School had its own prehistory. Each Chan master practiced with his own disciples, and traditions were preserved and passed on by these masters. The transmission was based on verbal transmission, but sometimes the lineage was broken. These practice-focused groups developed into what became known as Chan School.

The origin of the term chan (chan 禪) comes from the Sanskrit term dhyāna (pronounced channa in other Indic languages) which means meditation. The Chinese transliteration of it was channa 禪那 and later was abbreviated as chan 禪. The Chan originally brought together different meditation traditions, and the common point was the meditation focused aspect. The Chan School became popular only much later, and gradually became one of the most important remaining schools of Chinese Buddhism. Due to this popularity, the practice itself died out at times, and only the Chan “spirit” remained. 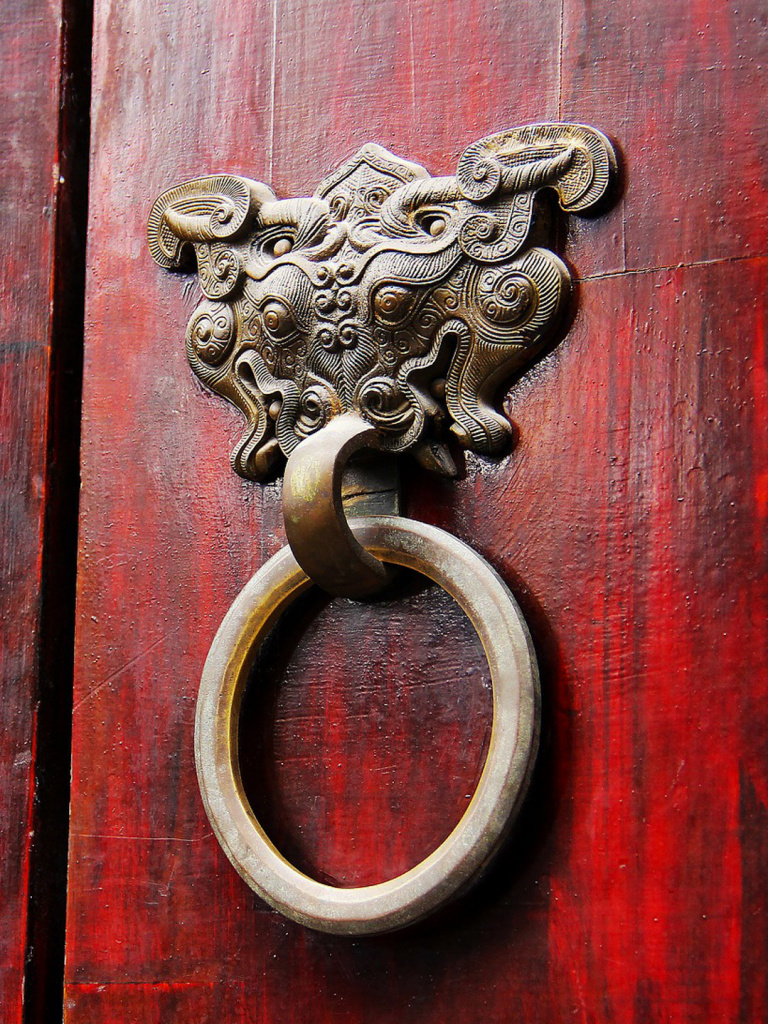 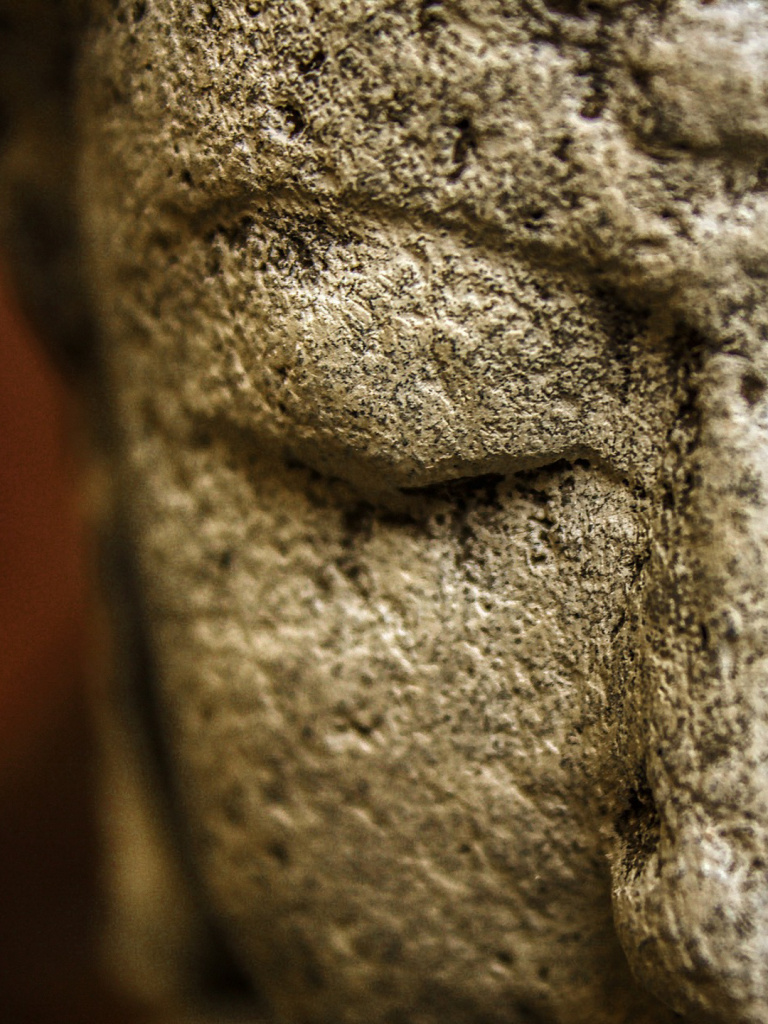 The figure of Bodhidharma is mostly a legend. Although a master with this name definitely existed, the stories linked with it fuse two or three different people. Bodhidharma from India went to China in the 4th century, and during his stay there remained very ascetic, did not accrue any material possessions, and represented a kind of yogic tradition. He and his disciples had only a needle to sew their clothes and a bowl. That was how they were wandering in China.

There is a famous story about Bodhidharma. First, he arrived at South-China, to Guanzhou by boat, and later from here, he went to the North. In the 4th century, China consisted of several empires. According to a legend, Bodhidharma visited Emperor Wu of Liang 梁武帝. Chan master Yuanwu Keqin’s 圓悟克勤 (1063–1135) collection, the Blue Cliff Record, contains the story of this meeting.

Emperor Wu of Liang asked Master Bodhidharma: What is the first meaning of the sacred truth?
Bodhidharma answered: Just clarity, no holiness.
Emperor Wu: Who is sitting in front of me?
Bodhidharma: I do not know.
The emperor could not reply.

Bodhidharma went on from here. Along the way, he met with a Chinese monk, Shenguang 神光, who was very knowledgeable. They started to debate, but none of them was willing to give up. Shenguang then dipped his mala into the water in order to make it heavy, and suddenly hit Bodhidharma with it in the face so hard, that his two incisors fell out. Bodhidharma realized that there was “no chance”, so he just left. He then settled over a Shaolin monastery and started to meditate there in a cave. Altogether he spent nine years sitting there, and his shadow is still visible in that place. 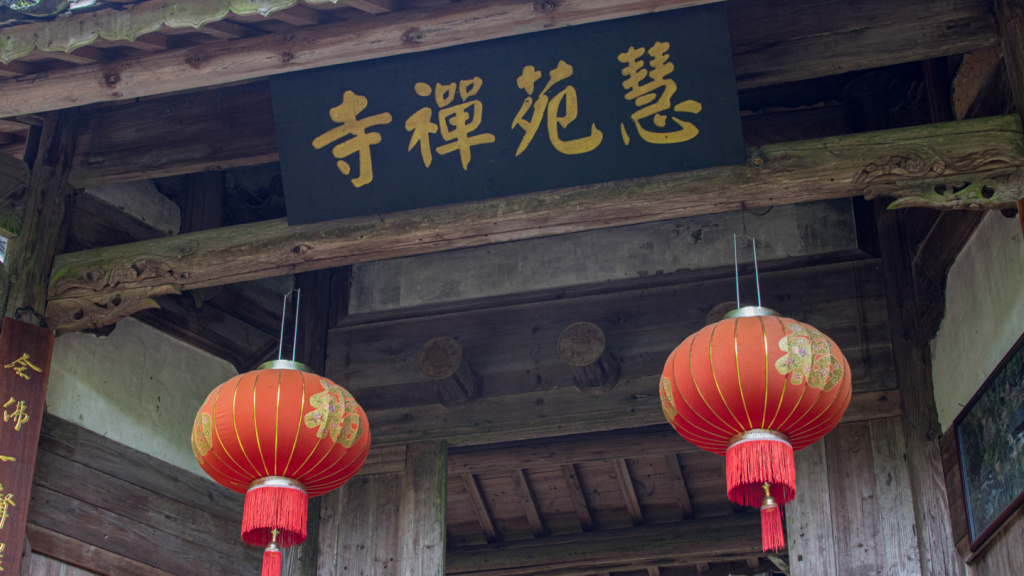 According to the Chan legends, Shenguang was practicing meditation on his own. He was quite proud of his own achievements. One day, a messenger of the lord of death appeared in front of him and ordered him to go with him. Shenguang said that he does not belong to anyone, but the messenger corrected him, “the only one who does not long belong to anyone is whose teeth he had erupted.” Then Shenguang begged for an adjournment to meet with that person again. However, Bodhidharma did not care about Shenguang’s arrival, just continued to sit in his cave. So, Shenguang stood outside of the cave in heavy snow for days. After a while, Bodhidharma asked him what did he want. Shenguang asked Bodhidharma to teach him about the true nature of the mind.

Bodhidharma answered: “the transmission from mind to mind is an incredibly precious thing, buddhas and bodhisattvas even gave their lives in order to receive it. Shenguang, you were only standing in the snow for a few days, what do you expect?” As a reply, Shenguang cut off his left arm. After that Bodhidharma had no choice, accepted him and gave him a dharma name, Huike 慧可. With this name, he became the second Chan patriarch.

The dialogue between of Bodhidharma and Huike remained in The Gatless Gate (Wumen guan 無門關) Chan koan collection. 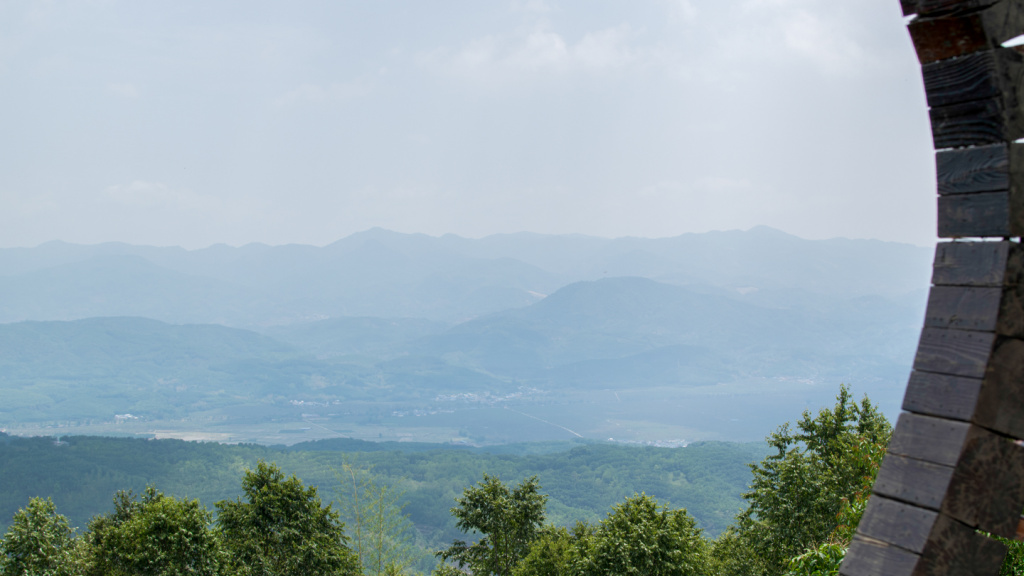 After nine years Bodhidharma passed on the lineage. The Chan text collection, Wudeng Huiyuan 五燈會元 presents this story as follows.

越九年，欲返天竺，命門人曰：「時將至矣，汝等盍各言所得乎。」
After nine years Bodhidharma decided to return to India. He asked his disciples, “Can each of you say something to demonstrate your understanding?”

時有道副對曰：「如我所見，不執文字，不離文字，而為道用。」祖曰：「汝得吾皮。」
Daofu answered, “My understanding is that it is not bound by words and phrases, nor is it separate from words and phrases. This is the function of the Way.”
Bodhidharma: “You have attained my skin.”

尼總持曰：「我今所解。如慶喜見阿閦佛國。一見更不再見。」祖曰：「汝得吾肉。」
The nun Zongchi said, “It is like a glimpse of the Pure Land of Akshobhya Buddha. Seen once, it need not be seen again.”
Bodhidharma; “You have attained my flesh.”

道育曰：「四大本空。五陰非有。而我見處。無一法可得。」祖曰。汝得吾骨。」
Daoyu said, “The four elements are all empty. The five skandhas are without actual existence. Wherever I look, there is not a single dharma which can be grasped.”
Bodhidharma: “You have attained my bones.”

最後慧可禮拜，依位而立。祖曰：「汝得吾髓。」
Finally, Huike came forth, bowed deeply in silence, and stood up straight.
Bodhidharma said, “You have attained my marrow.” 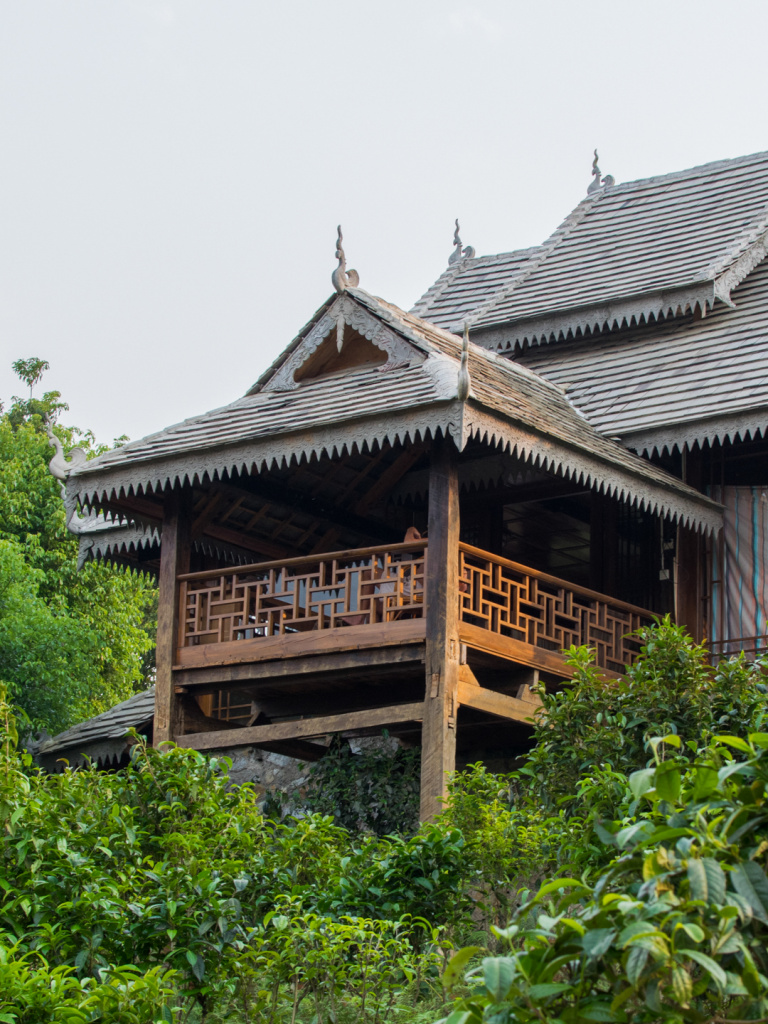 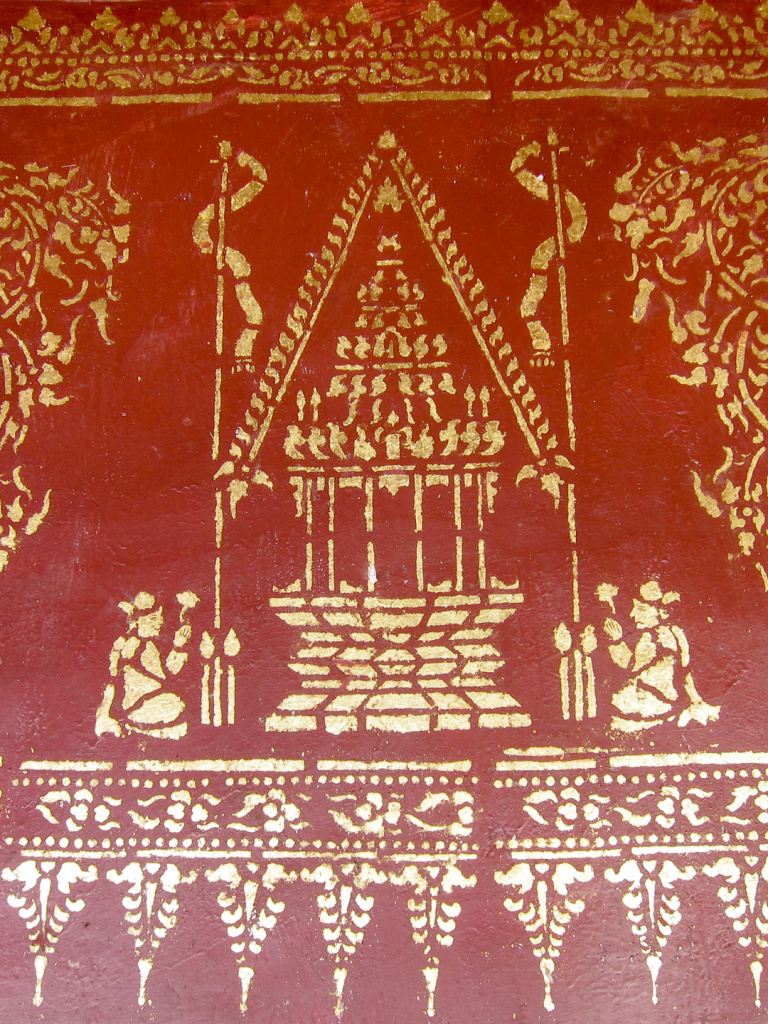 Bodhidharma”s four disciples reported their own different understandings. Daofu was talking about the theory of ‘body and usage of the understanding’. The path has a so-called body, a base that is the true nature of the mind. It refers to the mind which is beyond all kinds of conditions and free of defilements. And the path also has a so-called ‘usage’ which is the way how one reacts to all kinds of things by having this true nature of mind. It means that the practitioner would not leave this mind when encountering all kinds of worldly things. This is when this understanding is applicable. If someone can understand the true nature of mind, it does not necessarily mean that he can use it as well, or keep it in every moment, and act accordingly. Dafou’s understanding is a good one!

The nun, Zongchi’s response is that if one can attain the true nature of mind, he has to leave it behind as well. This understanding is about the experience of spontaneous understanding. The practitioner should let go of this kind of experience, and not try to keep, repeat or reuse it. If one saw it, he does not need to see it again. If one has it – one has it. One can even forget it!

Daoyu was talking about the four elements which are essentially empty. They exist only according to the dependent arising. There is an observer, and phenomena exist according to the observer. From the Buddhist point of view, all the external phenomena arise from the coexistence of the observer and the external phenomena. According to this view, all external world is a common karmic phenomenon. We can see the same dream, thereby we amplify things in each other’s minds. Therefore, external phenomena become stronger and have some sort of effect, but they are never separated from the mind’s recognizing function. Phenomena only exist in accord with the recognition of the mind.

The five skandhas describe the material world and also include consciousness. Daoyu states that this world described by the five skandhas does not exist, and there is not a single dharma, which could be attained. This idea can be linked to the way how one should participate in a chan retreat. It is best when no one is present, and the vast emptiness meets with the vast emptiness, the endless space meets with the endless space. This is the emptiness of the mind without duality. This is the point!

Huike, the second patriarch, bowed and then stayed standing doing nothing. He received the marrow, which is the essence! 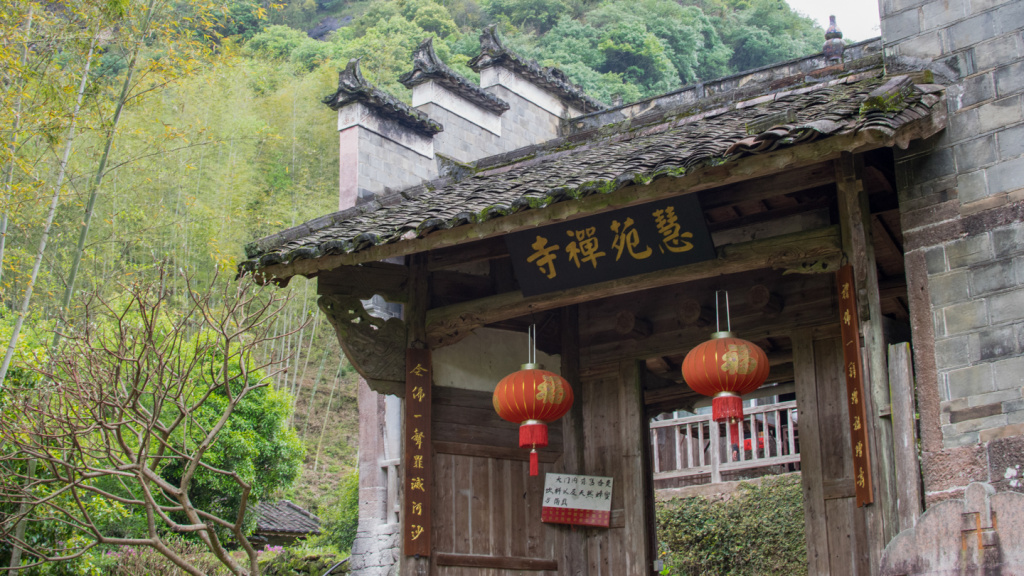 Their poems are associated with Bodhidharma, and this is one of them.

Calm down the external affairs,
and internal mental phenomena.
Make your mind like a wall,
and you will be able to enter the Way.

The meaning of Bodhidharma’s poem in terms of practice is that when someone is in a retreat, the outside world should be excluded viciously. On the other hand, we should be very free in the mind. We should give ourselves a lot of freedom. The mind should not be tormented, forced, or harassed in any way. The mind-wall metaphor refers to the separation of body and mind. We should leave the body alone and let it be. Then the practitioner can enter the path, can feel it, and can unite with the real nature of mind. 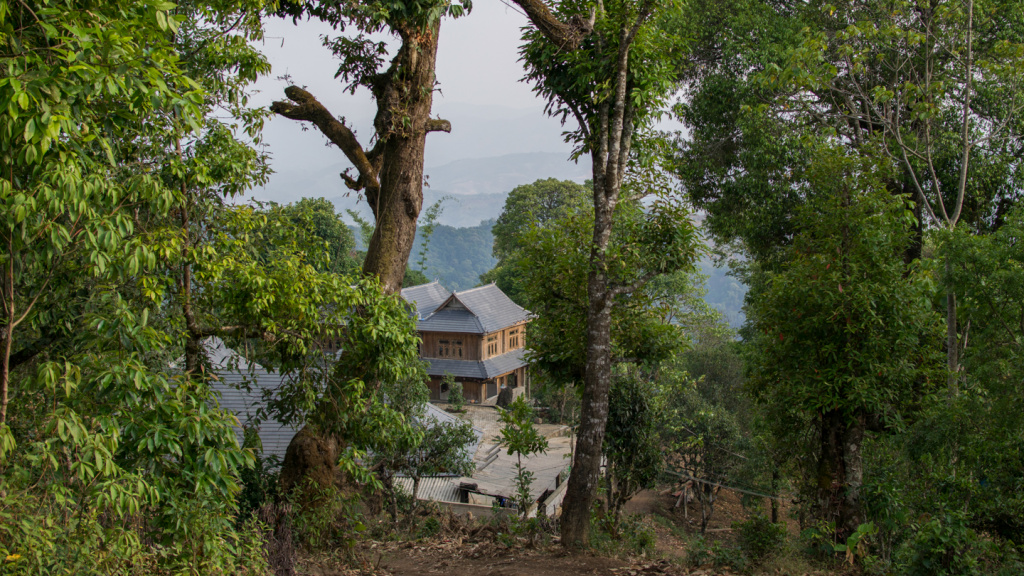 Three centuries later, during the 7th-8th centuries, there was a Chan master Zhaozhou 趙州. This Chan master had a famous saying “Go, drink some tea”, and the teahouse was named after him. Zhaozhou also commented on the question ‘what is the Way’.

Question: What is the Way?
Zhaozhou: The ground outside the city wall.
Monk: I did not ask about that road.
Zhaozhou: Then which one did you ask about?
Monk: About the great Way.
Zhaozhou: That one goes to Chang’an.

The text is based on an audio recording of Peter Galambos from 2013.
It was scripted, edited, and translated by Mirella Keller. 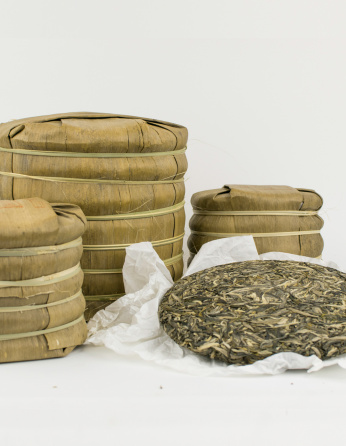 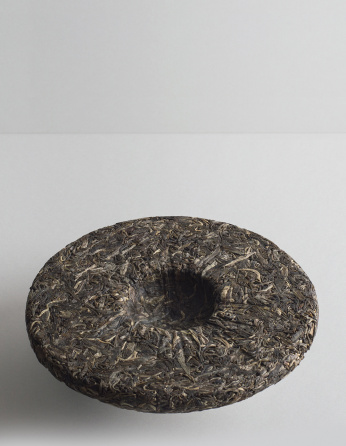