A tasting evening at Zhao Zhou #1

It’s a cloudy, rainy night. I am driving home from Zhao Zhou. We tasted teas as every second Tuesday. My mood doesn’t match the weather, what I feel is pure tranquility. I am on the old well-known way to Etyek, I should be in a hurry because it’s almost 8 o’clock when the curfew starts. But now I don’t feel the usual urge to speed up a bit to arrive home in time. I’m driving slowly. I’m examining the well-known landscape, it seems to be different since the morning when I left.
Meanwhile, snowflakes appear in the rain, as the spotlight lights them it seems like I’m traveling among the stars. I notice a new building, it’s like that tree hasn’t been there earlier. Probably the world has not changed, I must be different. The earthy-sweet taste of the last tea shows up in my mouth. I’m feeling huge calmness, listening to Gabor Szabo and my attention wanders to the dynamic guitar solo. Music drives me home. When I arrive home the sky is almost clear, stars appear in dark blue. I think I now understand what ‘Really good tea is not tea’ means.

Every second Tuesday a professional tea tasting is held in Zhao Zhou. We discussed with Gabor that a regular tasting group would be useful. Finally, at the end of last year, we found the Tuesdays would be appropriate for everyone. If it’s possible we meet personally in the teahouse, although we also had several online sessions. The team is really diverse but the tea and the openness bond us.
We are a group of 7 together with Ági & Gábor, sometimes some guests are invited as well. We all drink tea for several years; someone is stronger in the analysis of tastes, others prefer to watch the impacts of the tea. We aim to broaden the assortment with the best teas available, to improve brewing methods, to get to know new teas, to learn. Sometimes we search for the best price-value ratio among the best Wuyi teas, on other occasions we taste 8-10 Himalayan Black samples of our Nepalese producer looking for tiny differences.
Occasionally we search for new exciting teas for our H2 subscribers, test different temperatures, or different brewing methods (eg same tea from gaiwan or pot), check the assortment of other tea houses, or blind test different teas. During the tasting, we measure teas on a 7 scale system with above (‘)/(,) (eg. 5’; 6, etc). Main aspects of given score: taste complexity, body sensation, mood, effects (chai qi), number of pours, price-value ratio. 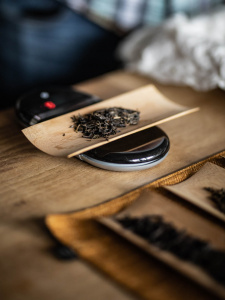 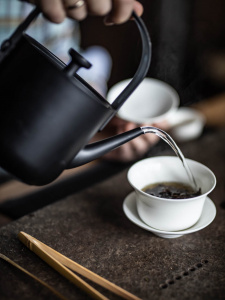 “Márk: What do we taste today, Gábor?

Gábor: Today there’s no schedule, but usually there isn’t any. But it’s all right. ”

Kagoshima is the second largest tea-producing region in Japan. The first bushes were planted by a high priest from Uji in the 14th century. We got this tea as a present from an old kind customer. When opening the packet we see a powdery tea, consisting of tiny pieces. Heating the gaiwan the smell of the steamed tea leaves is sweet, vivid green, resembling green pea sprouts. The first pour is heated to 75°C, the color of the liquid is vivid green reminding of fresh lime juice. A bit sour, quite bitter, aftertaste with matcha notes. The second pour with 70°C water, which moderates the bitterness a bit, a new green-melon taste appears accompanied by roasted trout skin. Dynamic tea which brings momentum feels like spring despite the rainy weather.

The new season of our Himalayan Evergreen tea (no. 338) just arrived on the day of the tasting from the Nepalese Jun Chiyabari organic tea garden. It got the evergreen nickname because based on our experience it holds its strength significantly longer than other green teas. In its steamed scent, we can found sweet flowery notes, also a bit reminding of a bread’s crust. First pour with 80 °C-water, resulting round, moderate liquid. Summery, loose tea, with sweet, wild flowery notes. On the second pour +5°C increased temperature: grassy-hay notes replace the flowery scent. It’s interesting that meanwhile, the 2019 Evergreen fit well with 85°C, the new 2020 tea loses from its magic on this temperature. Third and fourth pour again on 80°C, although the flowers notes don’t come back, instead, we get notes of pines, resin.

The specialty of Poenix mountain oolongs is the flowery, fruity aroma pairing with pleasant roast. The mineral soil and the specific tea-producing methods of the region result in an original taste. Their most known, easiest tea the Milan Xiang (honey, orchid scent), its harvest is the first in the spring. Other subspecies are harvested later, usually becoming more expensive and more complex teas, which are harder to understand. This Xin Ren Xiang is sent by one of our Phoenix mountain producers. Strong, exciting tea. Its steamed scent contains flower scents besides the characteristic roast. We did the first three pour is at 90°C, while the second three at 95°C. The taste of the first pours marzipan, white peach, red pear with pale roasted notes. The higher temperature emphasizes more neutral flavors: bitterness of peach seed, milk rice with cinnamon, later raw green notes.

According to the legend, there was a poor farmer Wei who maintained a neglected temple in Angxi province, China. Once Guanyin, the Bodhisattva of Compassion appeared in his dream, led him to a secret treasure, and told him to share it with other locals. It was a young tea plant.

Once we have already met with this tea on one of our online tasting sessions, it was a remarkable experience for all of us. Now we got back to it, if it’s bringing the same feeling it possibly becomes a new piece in the shop’s assortment. In its steamed scent Liu Bao characteristics; dark, earthy, still a bit sweet, buttery. The smell of the liquid contains roasted notes with liquor, brandy. The remarkable strength of the tea (chai qi) is felt even after the second sip. It’s like we are glancing in Dumbledore’s Pensieve, everybody gets into the distance. After the strong scents, we find pleasant savors: hazelnut, nougat, chocolate with chili aftertaste. Thick, buttery texture. Nice feeling in the stomach, digestive effect. Chai qi is further strengthening, we experience a ‘rainbow state of mind’. After the third pour a kind bitterness appears, filter coffee, the roasted crust of zserbo/ischler. This tea totally takes you away, its effect is like a big journey. When the effect dies down a bit we feel pleasant tiredness, like after a long sauna session. I would feel like I had been doing something useful, even after a lazy day. Not making me definitely sleepy, although I could even sleep. Approximately 15.000.- Ft/50 grams price would be the feasible shelf price, meaning an exciting tea experience like this would be around 1650.- Ft even shareable with 3-4 friends I would definitely drink it again.

We taste every second week, hope to come back soon with new tasting notes till then go and drink some tea.

Teas mentioned above in the article: 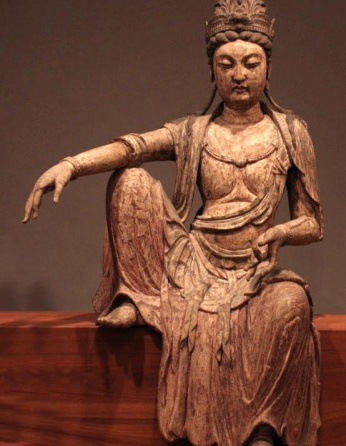