Drinking tea is an interesting and exciting experience. From an early age, I liked it. Of course, at that time in Hungary, there was not much choice of tea. We only could drink teas of the Karaván brand which had green, Georgian, red, and so on. The quality of these teas products was questionable, but it was a good starter. I could experience a varied assortment of tea. All of the teas were different and they required a different way of making. Playing around with them was quite a lot of fun!

When in the ’90s I went to China to study, I could widen my horizons. I used my scholarship to buy tea in the local Chinese tea shops in Peking. At that time the price of quality tea was still easily affordable. I used to buy some of the most expensive teas, but only 10-15 grams of each, and then I was drinking them for a few days. This is how I started to discover high-quality teas. At that time 10 grams cost 10 yuan. It was just before the prices went crazy in China. But I did not witness this change, because I moved to Tibet later on.

When I moved from Peking to Yunnan, I got to like puer tea quite a lot. This puer culture became popular much later, but in the ’90s there was no hype around them yet. But I liked them, so I used to buy tuocha 沱茶 which is a dome-shaped tea-brick. My Chinese friends used to say that it was for foreigners, not for them. Nowadays, when I go there and drink it, local Chinese are surprised and say: “How come that foreigners drink it, this is our traditional, ancient tea.” We could say that the mind recreates. 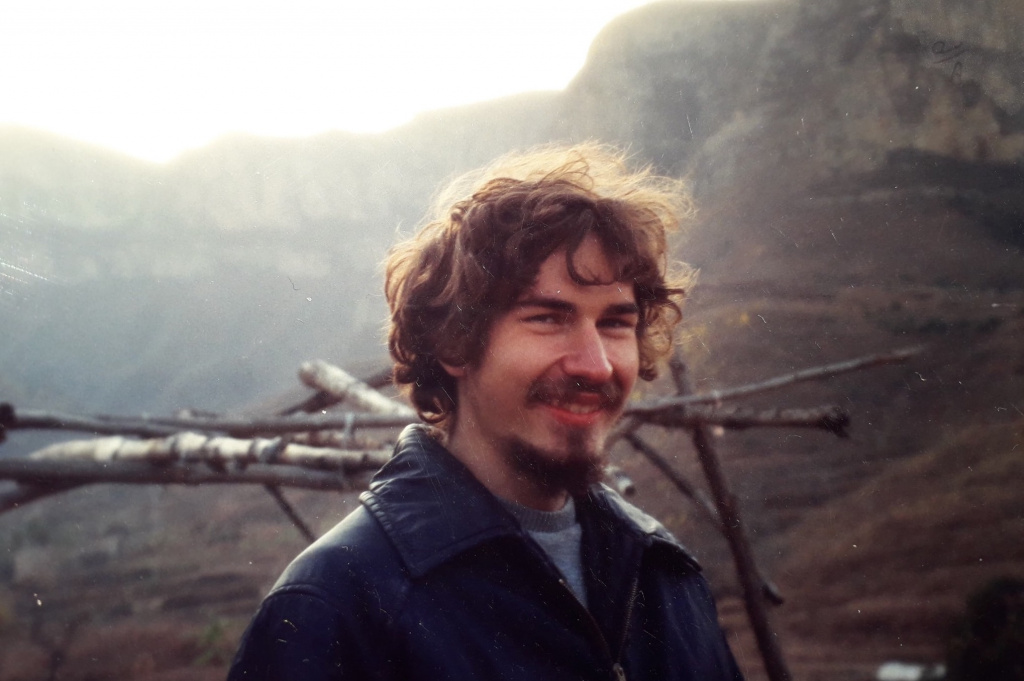 Since I was interested in Dzogchen teachings, I went to visit a very good Nyingma master who I knew from Peking. He lived in Chalang Monastery, in Golok, in the North-East part of Tibet. This monastery lays in the high mountains of Tibet, where the weather is extremely cold. This is where I started the Tibetan Buddhist preliminary practices. One day this Nyingma master came along and asked if I heard about Khenpo Munsel Rinpoche. Of course, I did. In the ’90s he was one of the most famous Dzogchen masters in Tibet (picture on the right side). When I said that I heard about him, and I would like to study from him, the Nyingma master asked if I had any doubts in my mind about Khenpo Munsel Rinpoche. Doubts which people usually have when they hear about a master. When I answered that I had no doubts, he immediately sent me away. He asked what I was still doing there. I had to leave the next day to find him!

Khenpo Munsel Rinpoche’s monastery was 120 kilometers away. I headed there on foot, so the journey took a few days. In the monastery, I was very welcomed and I received amazing teachings from Khenpo Munsel Rinpoche: it was literally a glimpse of experiencing the original nature of mind. I decided to engage in a longer retreat. The retreat happened in Adeu Rinpoche’s monastery because his place was a bit more to the south, where the temperature was more endurable. Adeu Rinpoche was a great Drukpa Kagyu master, and you could feel it from his presence. He transmitted the Six Practices of Naropa to me. I spent 10 years practicing in the caves above his monastery.

The way of drinking tea in Tibet is very simple. The only tea which you can purchase is some cheap 30-40 centimeter big tea bricks. These tea bricks were exclusively produced for the Tibetan, Mongolian and Uyghur peoples. Because the tea is pressed, it is easy to transport it. The quality is very low. These are not handmade products. The combine harvester goes through the plantations and collects everything: branches, leaves, and crops. Of course, the quality is better, when it contains more leaves. This kind of tea is produced traditionally in Hunan and Sichuan. There are two kinds: the brick tea and the stick-shaped tea, which is 1,5 meters long and held in a bamboo basket. Basically, one piece of this stick-shaped tea is enough for a year. Sometimes they call it black tea but is not black, it is dark tea, which means strongly fermented. It has a 15-20 days long fermentation process which is considered to be long. This kind of tea is the only kind which you can get in Tibet. 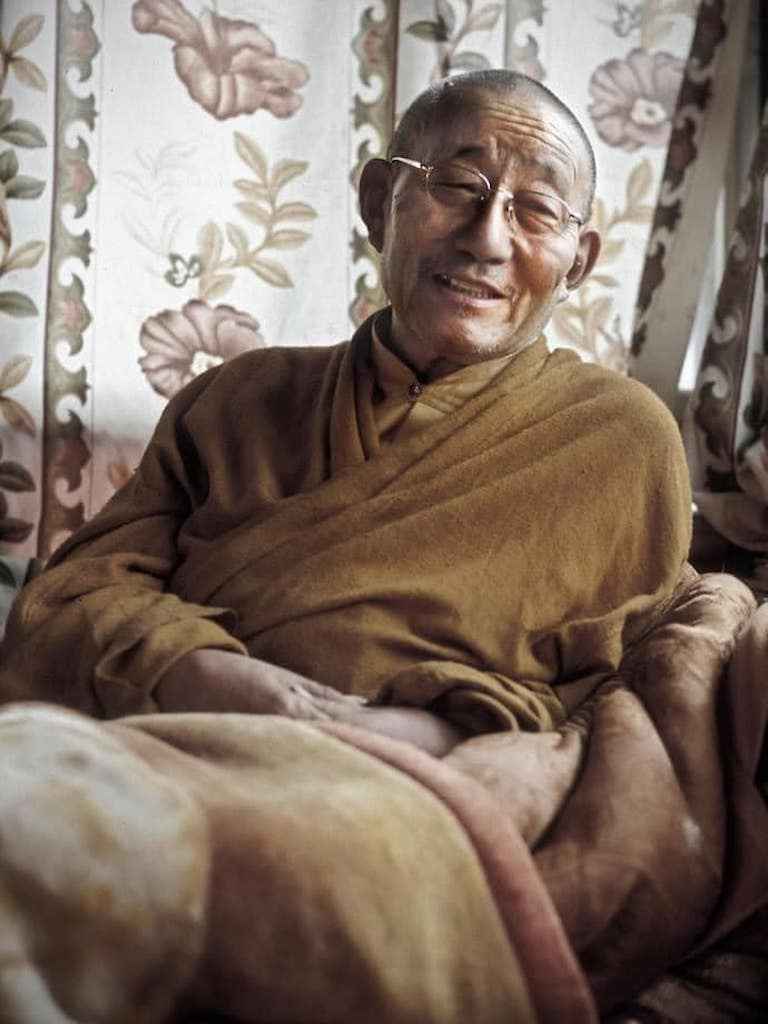 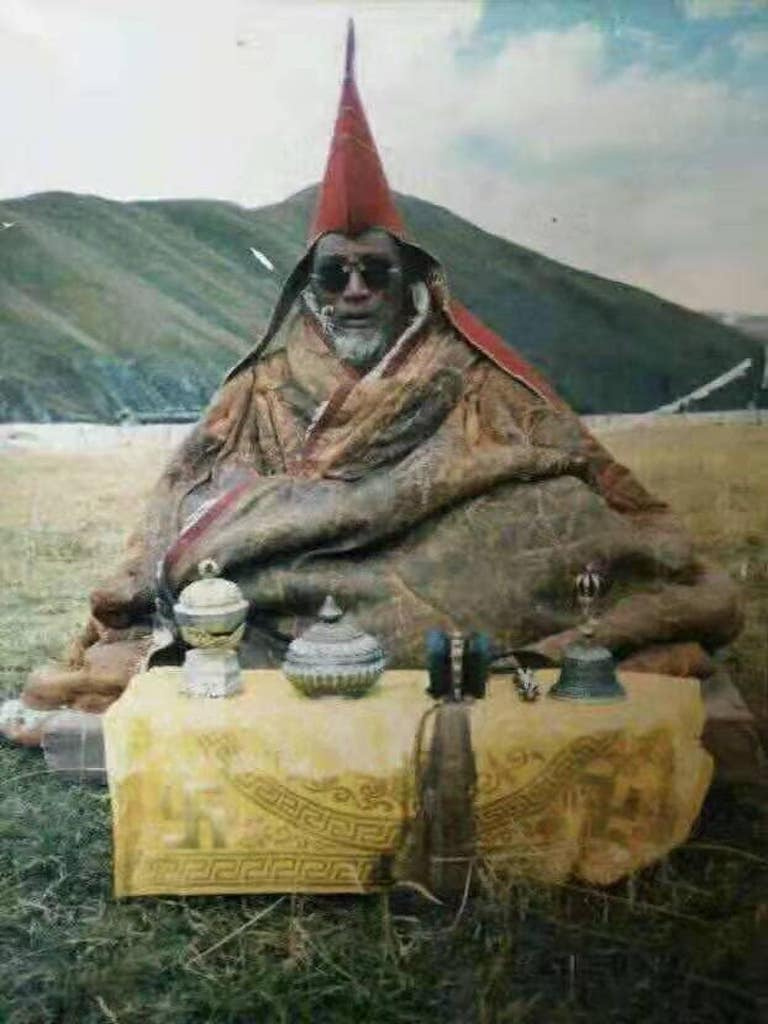 The history of dark tea started with the need for good horses in China. The whole of Inner Asia had a strong need for Chinese tea, so the government monopolized it. By selling tea Chinese could buy horses for the military. This is the so-called ancient way of tea and horse. In order to reach the horse markets, they needed to cross the 5000-meter high mountain passes carrying the tea on their backs. Consequently drinking tea in Tibet was a privilege of rich people. Basically, the transportation raised the price. It was a very long and dangerous way, which often required manpower because only on the wider roads yaks could be used for transportation. Poor people could only drink hot water with milk, or they prepared local herbs instead. Usually, Tibetans cook these tea bricks and make buttery, milky tea.

In China there is a political trend towards supporting ethnic minorities, therefore the price of brick tea was regulated. While the price of Chinese tea was rising, yet the price of brick tea could not be raised due to government regulations. As a result, the quality of these brick teas was reduced drastically over time. However, brick tea has its own advantages. Unlike green tea which changes fast, this ripened tea is suitable for long storage and transportation. Even the rain or the heavy sun would not ruin this tea. 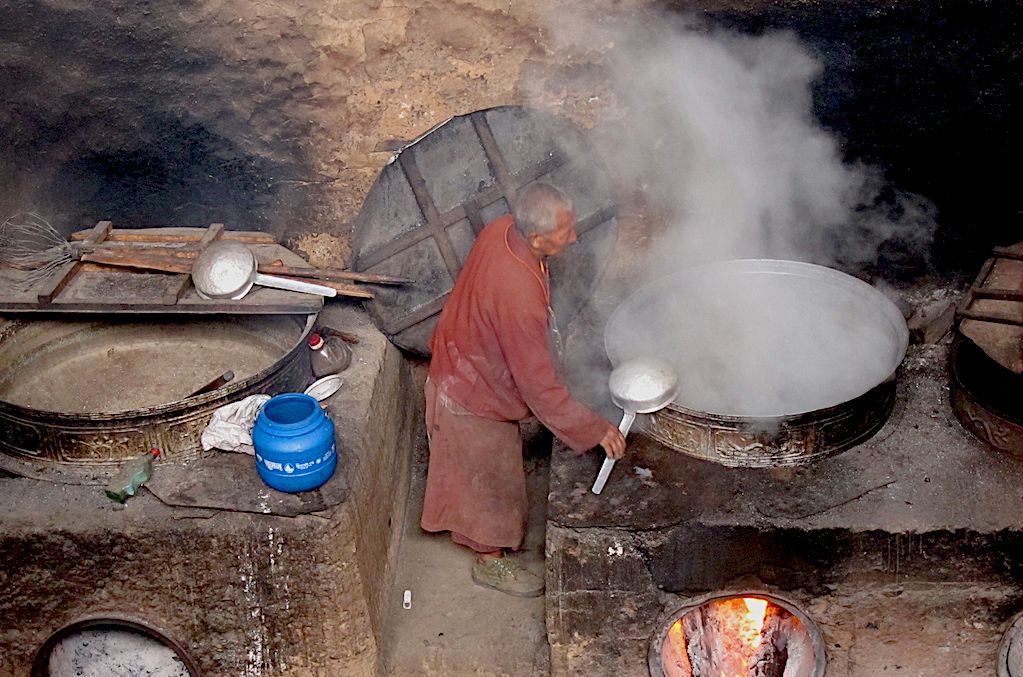 Tibetans drink this tea all day. There is always a kettle of tea boiling, and ready tea can be served at any time. If they have, they add some milk or butter, depending on what they have. In Inner Tibet milk is quite rare, so they usually use butter. But the kettle of tea is always at hand, boiling all day long. For daily drinking they do not add barley powder, it is reserved only for special days or festivals. Of course, Tibet is a huge place, and the customs are a bit different everywhere.

When I was in Tibet living and practicing in a cave, I was also drinking this dark tea daily. Every morning I made a big portion. Half of it I drunk in the morning for breakfast, and the other half I would pour into my thermos and slowly drunk it during the day. Drinking tea was like this in Tibet.

We published this interview in four different sections. You can find the links below.