We have just received our new Japanese teas and we are really happy with them!

This year, it is the second time that we ordered tea from the Yoshida Mei tea garden. One of Uji’s ancient tea-gardens, spreading around the Kōzan-ji (高山寺) temple, is tended by the Yoshida family for 16 generations now. This degree of proficiency echoes in their teas too: refined and extremely balanced flavors supplemented with beautiful elegance.

Up until now, when we tasted Japanese teas, mostly the greens were in focus. Over time, we became familiar with Sencha, Kabusetcha, and Gyokuro and also got a slight glimpse of Karigane. This time, however, we turned towards the hitherto unknown realms of Japanese tea culture. 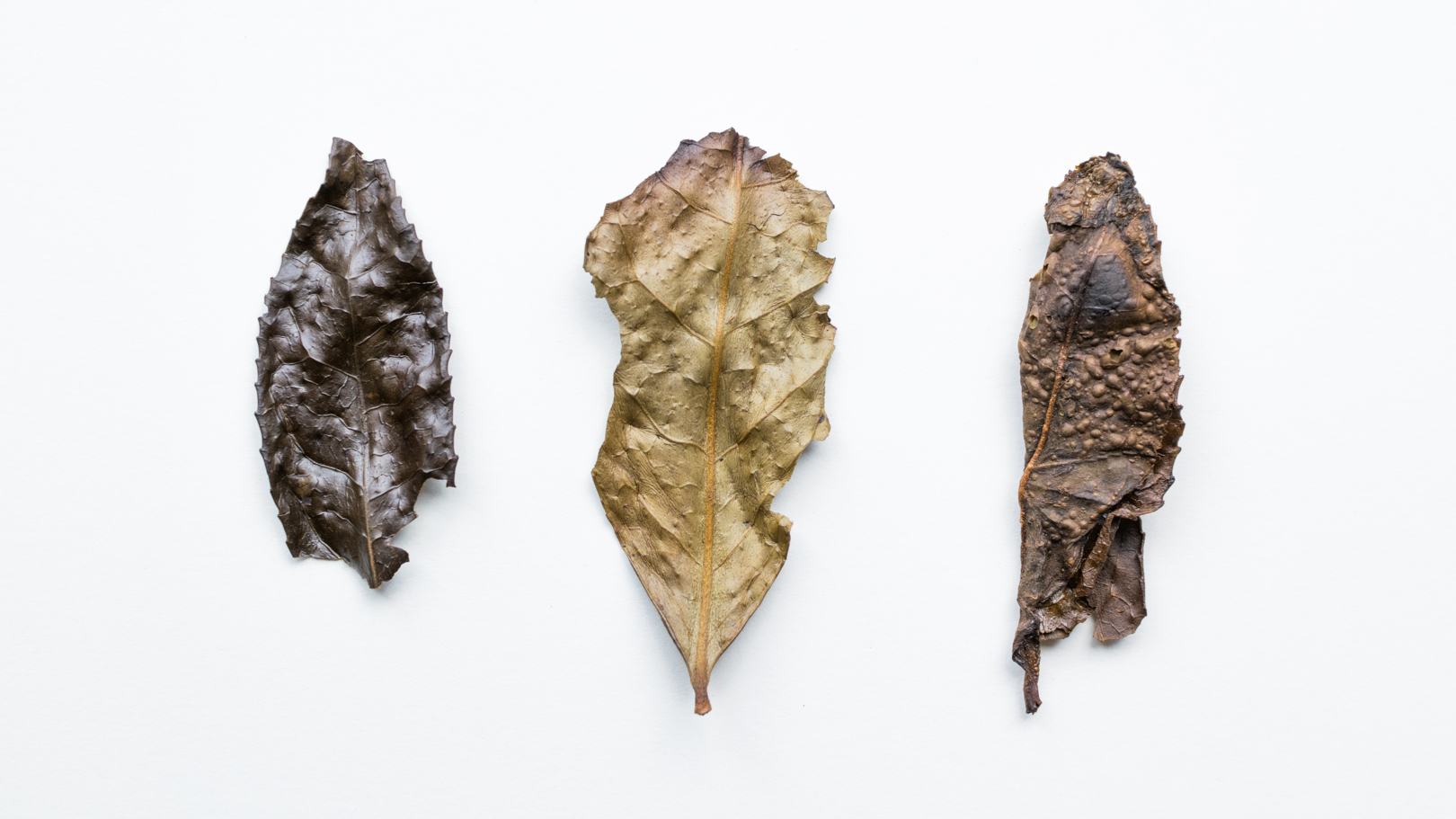 The term ‘kyobancha (京番茶)’ originally referred to the banchas (late-harvested green teas) that were produced in Kyoto prefecture — hence the initial ‘Kyo’ character. However, by now this meaning has largely changed. It is a unique tea for numerous reasons and for this reason it is hard to squeeze it into any of the standard tea categories, such as white, green, oolong, black, dark, or puer. Its most significant feature is the leaves’ size. Unlike most of Japanese teas, Kyobancha is made of the bigger and older leaves instead of the younger ones. Another difference is the lack of rolling; after plucking, the leaves are immediately steamed, then sun-dried and finally slightly baked (sometimes it is referred to as Iribancha (いり番茶) that means roasted bancha).
Due to the complex processing, the tea has an extremely low caffeine content; this is why it is called sometimes ‘Akachan Bancha’ (赤ちゃん番茶), which literally means ‘baby bancha’.

We went through many different ways to prepare the Kyobancha, and we would like to share with you the two most interesting versions. First, we infused the leaves with approx. 150 ml 85C water for 120 seconds. This temperature helped to bring out the tea’s own character – mild, fruity flavors. Here, the roasted notes only came as lightsome overtones. Then, instead of the 85C we used 95C water and reduced the steeping to 90 seconds. This time the roast-related flavors (pine, hazelnut, and roasted chestnut) became dominant and the leaves own characteristic was more like a nice supplement. Two, almost opposite directions, both are extremely interesting. But as there is no ‘absolute’, we encourage everyone to further experiments. 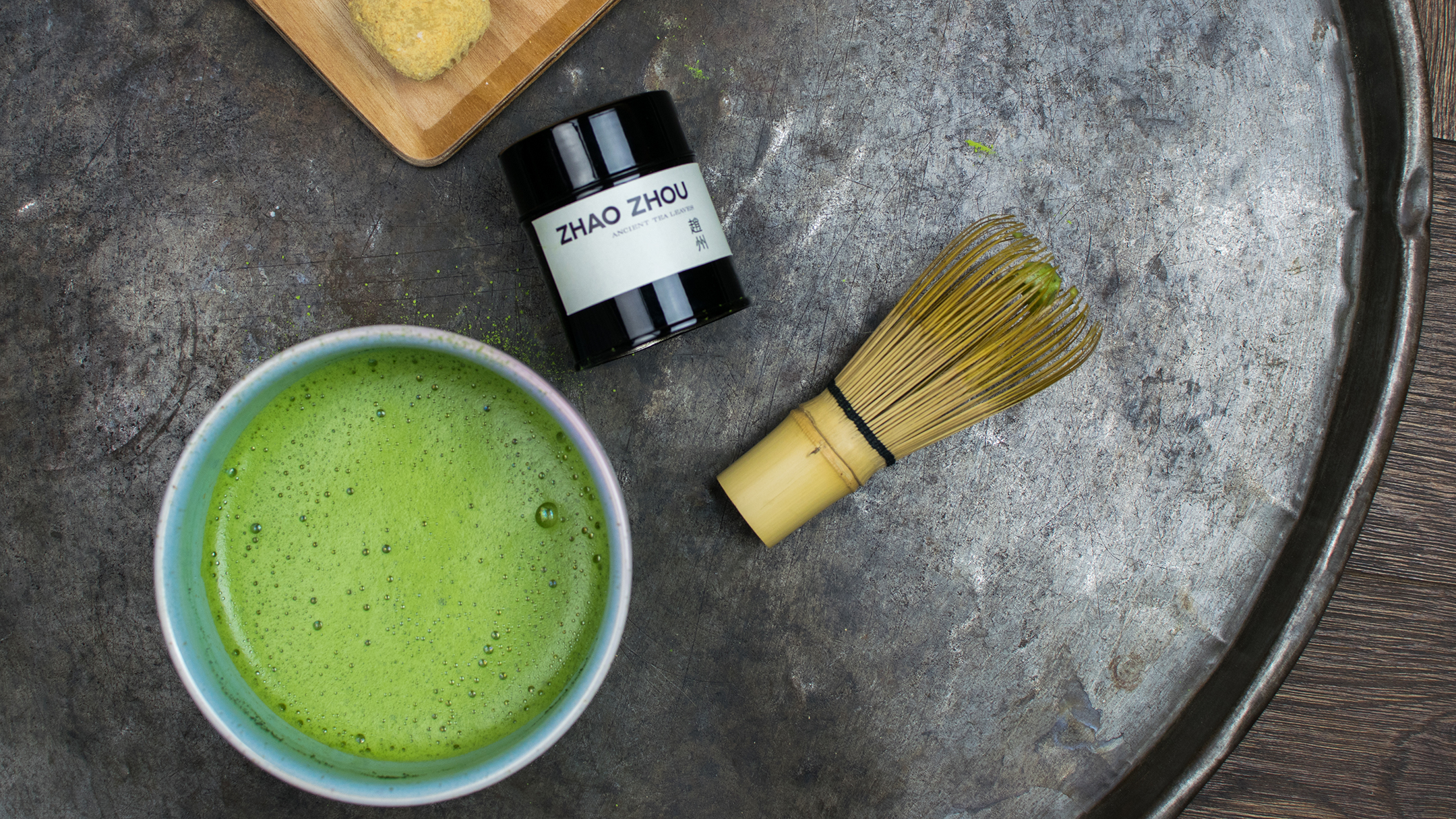 Contrary to popular belief, consuming tea as a stone-ground powder is not an exclusively Japanese tradition. During the Song dynasty (960-1279) this tea-drinking custom enjoyed great popularity. And it just happens so that the well-known Eisai priest, who is credited with introducing tea to Japan, also prepared the tea in this method of his times.

When we received the first Matcha samples we made a few attempts to prepare some delicious matcha, but as we were lacking practical experience we pretty much failed in doing so. Due to this failure, we didn’t give much thought to the matter for almost a year. However, as the new samples arrived, our adventurous spirit awakened. Ricsi, a good friend of ours was kind enough to show us into this mysterious tradition.

We understood that before setting to the preparation, it worth soaking the chasen (茶筅, bamboo tea whisk) warming up the chawan (茶碗, tea bowl), and shifting the powder as it tends to form small lumps that prevent even mixing. Then, with the chasen, we should mix 80 ml of 85C water to 2 grams of shifted matcha powder and whipe it with quick hand movements, as though whipping egg whites. The result is an emerald-colored liquid with a rather intense greenish flavor and a sweet, lightsome, jade-like foam – the bigger the foam the better the tea. 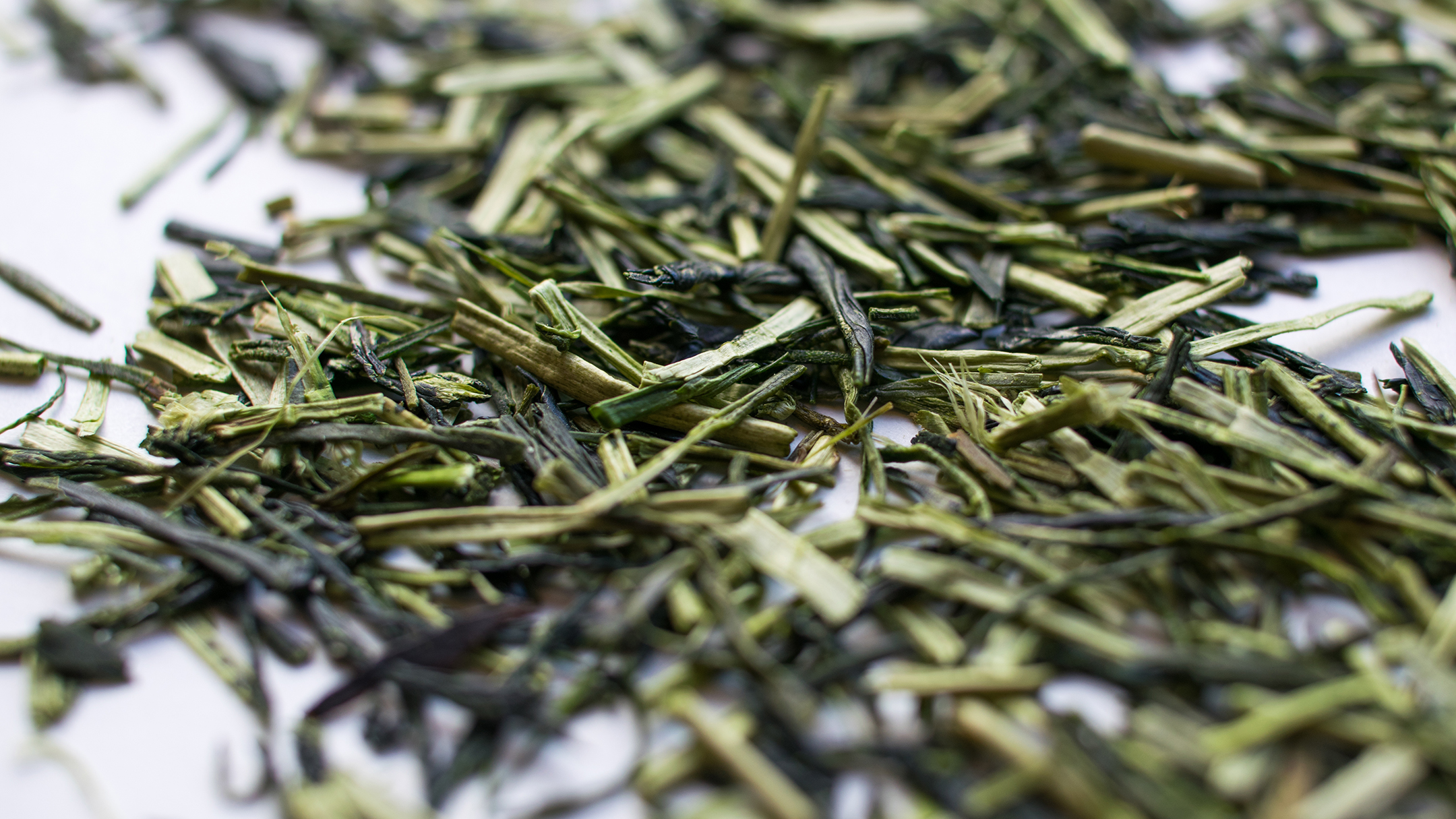 Even though we have previously had several tastings that also included Karigane, for some reason it was never selected. Now, however, it became one of our favorite teas. It is a wonderful alternative to Sencha and Gyokuro as its taste is milder than Sencha’s and somewhat softer than that of the Gyokuro – mild umami and nice notes of lychee.

Karigane (雁ヶ音), also called as Shiraore (白折) is a Japanese green tea blend made of stems, stalks, and twigs. Thanks to this combination the tea has a rather unique flavor. Karigane is often confused with Kukicha (茎茶) which, despite being almost identical, is another kind of tea. While Karigane is made of the cultivar used for Gyokuro, for Kukicha they use the Sencha cultivar instead.

Thanks to its enchanting ambiance Karigane will soon appear amongst the favorites of all those who regularly enjoy Japanese teas. 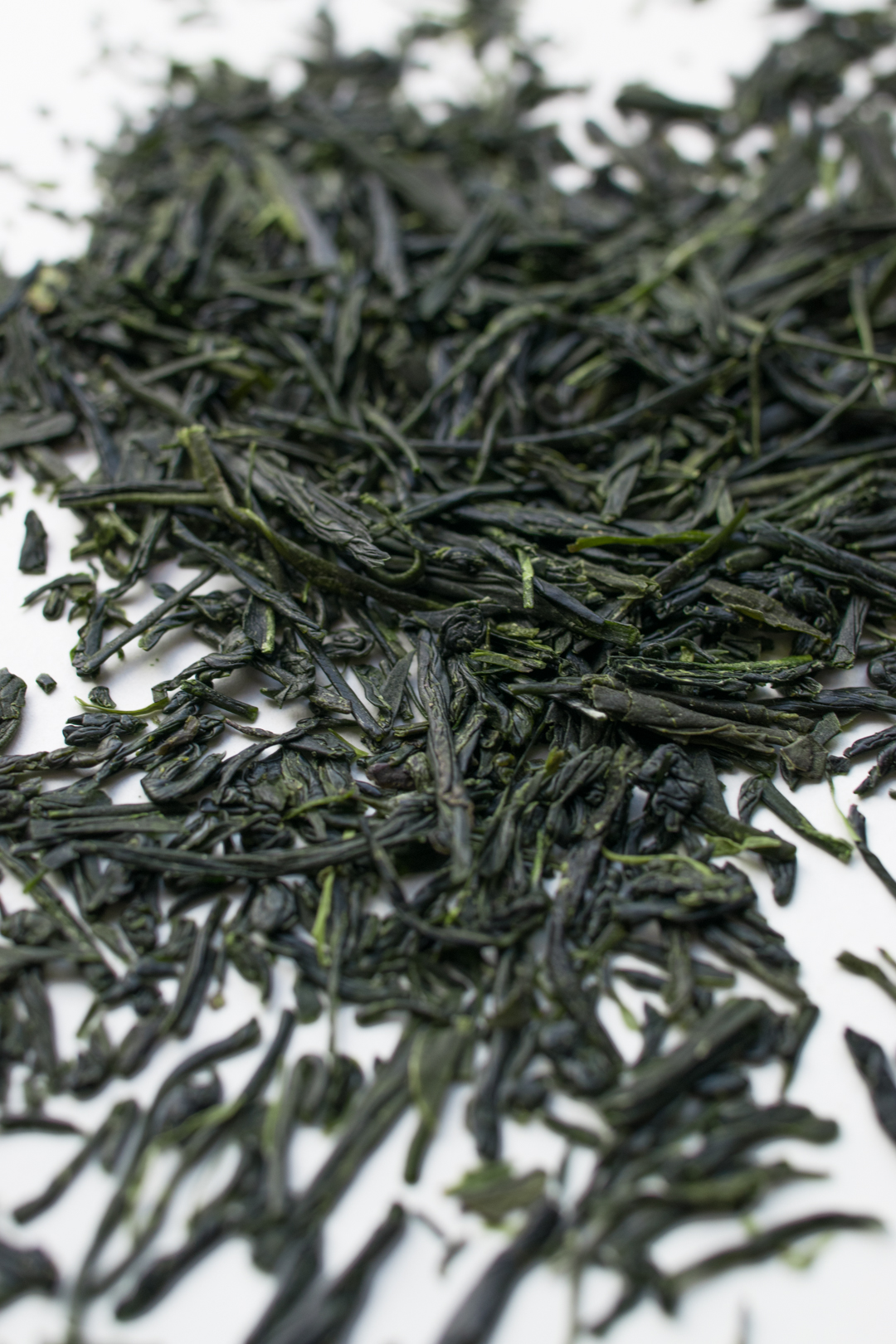 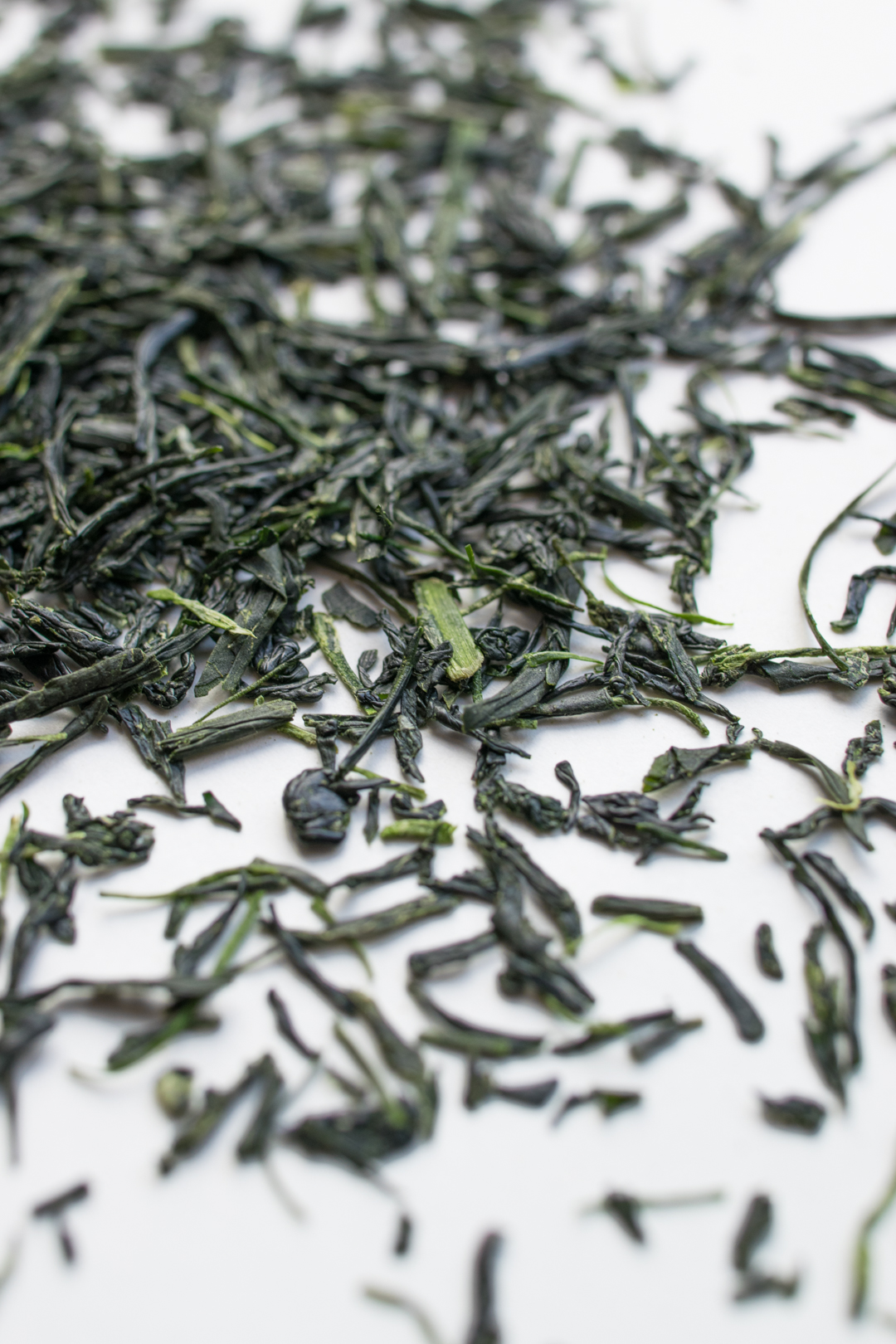 Despite having received a Sencha Kōufu sometime in early summer, following our previous orders, we sought to find again another one – his year the Sencha Miyakono Tatsumi was proved to be the best. We really enjoy comparing the two and finding out what are the advantages of the teas.

The Gyokuro Kanro from last year was so very pleasing that we decided to keep it as our one and only Gyokuro. Thick greenness, olive-like texture, and mild notes of violet.