The first one is a moderately-baked tea, with a warming, creamy texture and smooth notes of nuts. Hongxin itself, (红心, meaning red heart) is an old yet lesser-known cultivar from Anxi county, Fujian. According to its characteristics, this tea is perfect for cozy evenings and weekends, when you’d like to focus on yourself. Although it was abandoned for other high-yielding cultivars, in recent years it has been revitalized, so to speak.

The Yesheng Tie Guan Yin is a light-baked tea with sweet and flowery flavors. It was plucked from wild-grown teas, hence the name ‘ye sheng (野生)’. We would recommend this version of Tie Guan Yin if you are planning some sorts of physical activities. Teas coming from wild trees tend to have an extra layer, some kind of a supplementary quality that makes them stand out from their peers. 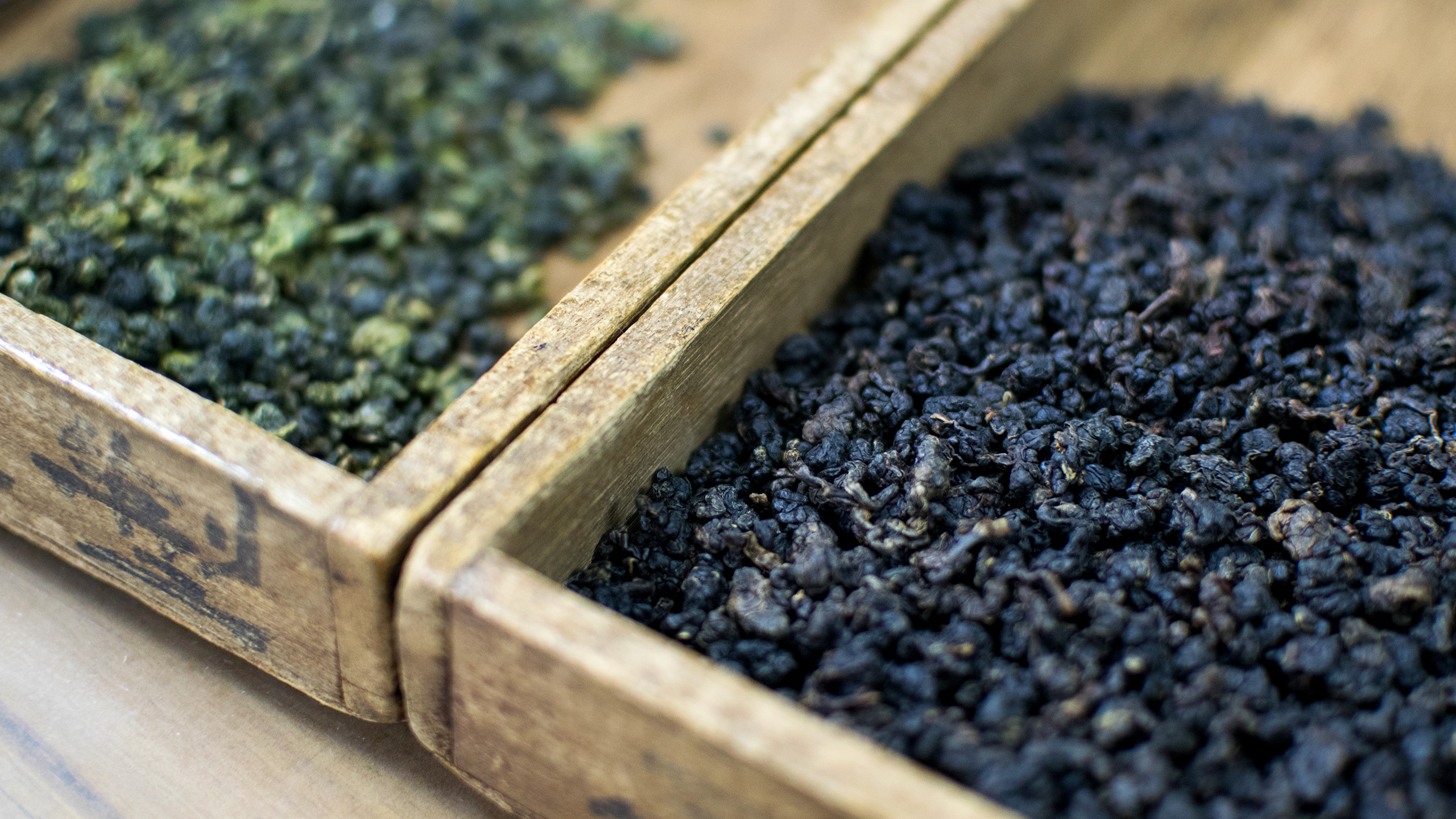 According to the legend, once upon a time Guan Yin (觀音), the Bodhisattva of Compassion appeared to a poor farmer, Wei from Anxi, who would go to her ruined temple and clean her altar every day. In his dream, Wei was lead by the Goddess to a secret treasure that was hidden in a shady cave. Before approaching the cave, Guan Yin had him promise that he would share it with his neighbors. Once set foot inside the cave, Wei noticed a small, weak plant: a young tea seedling. He carefully brought it home and told his neighbors about the joyful news. And so started the cultivation of Tie Guan Yin, also known as Iron Goddess of Mercy.

There are two kinds of Tie Guan Yins: the Chuan Tong 傳統 (traditional) and Qing Xiang 清香 (light or green). The famous green (or bouquet), unoxidized Tie Guan Yin is known to so many, has only gained popularity in the past few decades with the enhanced interest in ‘unprocessed’ green teas. Traditionally, Tie Guan Yin is slightly baked so as to smoothen the raw green taste and give a tea a milder and more relaxed character. This type is also called charcoal style Tie Guan Yin, referring to the process it is made with.

Tie Guan Yin is one of the ten most appreciated Chinese teas due to its unique taste profile and characteristic rolled shape. The bouquet style has a well-distinguished taste of intense greenness, irony notes, and a hint of sourness. Albeit after a few infusions these notes tend to appear in the charcoal style as well, its initial taste profile is quite different. It has a slightly sweet woody aroma with a nice fiery twist at the end. Both styles are extraordinarily fragrant and have rather a long aftertaste that, with time become even smoother and sweet. 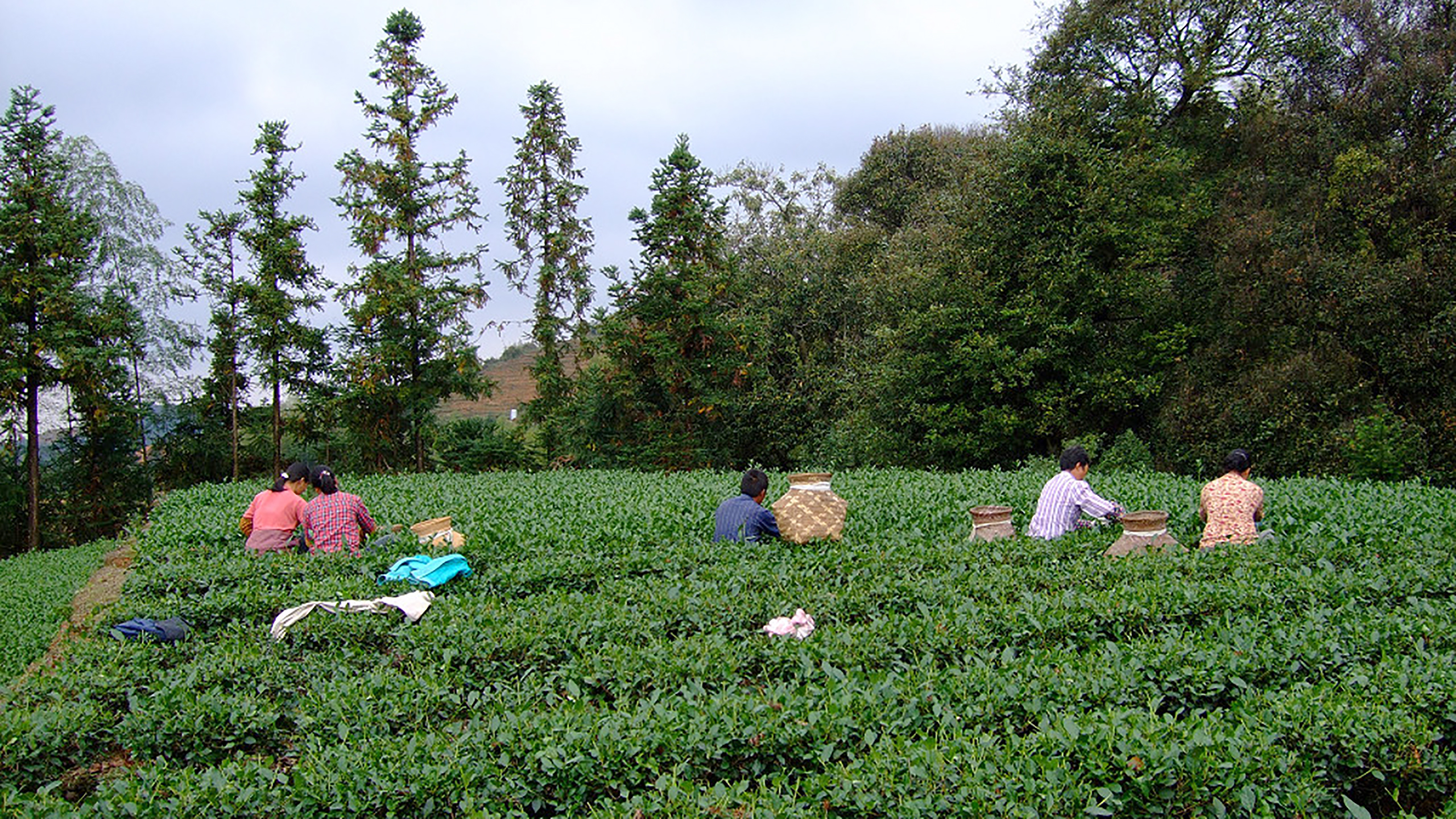 There is a tale about the origin of oolong tea which says that once a man from Anxi, named Wu Liang accidentally discovered oolong tea when he was distracted by a deer after a hard day’s tea-picking. By the time he remembered to return to the tea he plucked, it had already started to oxidize. Hence, sometimes Anxi is referred to as the birthplace of oolong tea.

Anxi, situated in the southern part of Fujian province – the most heavily forested province of China, with a forest coverage rate of about 63% – is one of the biggest tea production areas in the country, with its 400,000 mu (more than 250 square kilometers) of tea plantation around the county, producing over 70,000 tonnes of tea annually. Its soil is rich in minerals, its climate is subtropical monsoon. As the province has been described traditionally as “eight parts mountain, one part water, and one part farmland”, it provides the ideal conditions for growing tea. The area has lush vegetation and is very green for the majority of the year.