This spring, along with our trip to China, we looked around in the world of Japanese teas. We discovered, then soon made friends with Yoshida Masahiro, the member of the Yoshida family with 200 years of history in tea making as well as the caretakers of Japan’s oldest tea garden.

According to the legend, Myōan Eisai (明菴栄西), who is credited with bringing the Rinzai school of Zen Buddhism to Japan, was the one who, having returned from his journey to China, introduced the art of tea, and established Japan’s first tea garden around Kōzan-ji (高山寺) temple. He’s also noted for writing Kissa Yōjōki (喫茶養生記), a book about the benefits of tea consumption. Even though the history of Japanese tea covers 800 years, long centuries passed before it evolved into what it is today, since the Sencha process (which is considered to be the traditional Japanese tea making process) was developed only in the 18th century by Sōhen Nagatani (永谷宗円), a tea producer from Uji.

Tending the Kōzan-ji temple’s tea garden, which is the oldest tea plantation in Japan, the Yoshida family’s aim is to preserve and pass on the ancestors’ teachings to the next generations. A significant realization of this aim is that in 1969, an organization was established, in order to preserve the Uji manufacturing process. Due to this, the following year, the Uji hand-kneading process was nominated as an Intangible Cultural Heritage, and Yoshida Kisaburō was officially titled as the holder of the technology. 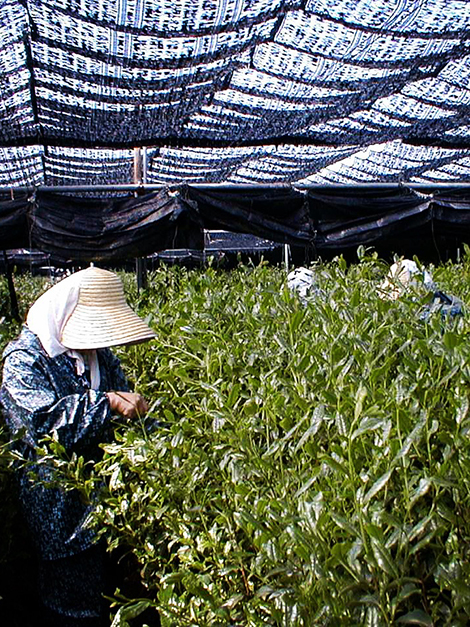 After getting samples, long-lasting tasting sessions began. Finally, we choose 3 types of teas (2xGyokuro 玉露, 2xSencha 煎茶, Kabusecha 冠茶) that are now in stock. These tea types shall be introduced later.

We were amazed by the fine and meticulous way of production, which results in an extremely refined flavor. We adored the outstanding amount of greenness that resides in the leaves. The secret to the vivid green color, the sleekness of the tea, and the sweetish sourness lie in a process called Ooshita (meaning: shaded growth). During this process the leaves are blocked from the sun, therefore their growth decrease and a huge amount of amino acids pile up. Another major difference between Chinese and Japanese tea is that while in China the leaves are roasted, in Japan, after the withering process, the leaves are steamed, and thus a bigger amount of greenness remains in them (decreased decomposition of chlorophyll and xanthophyll). 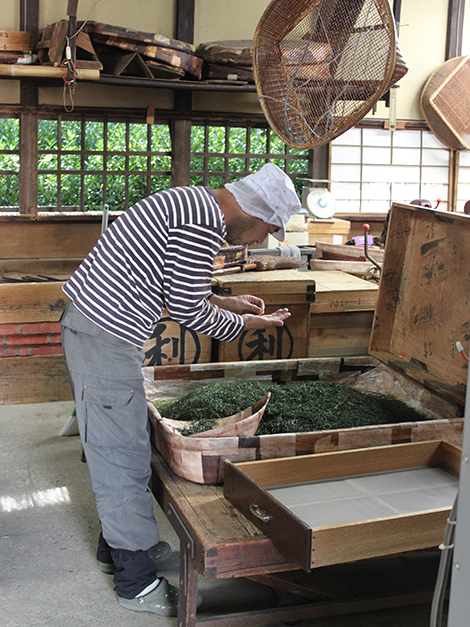 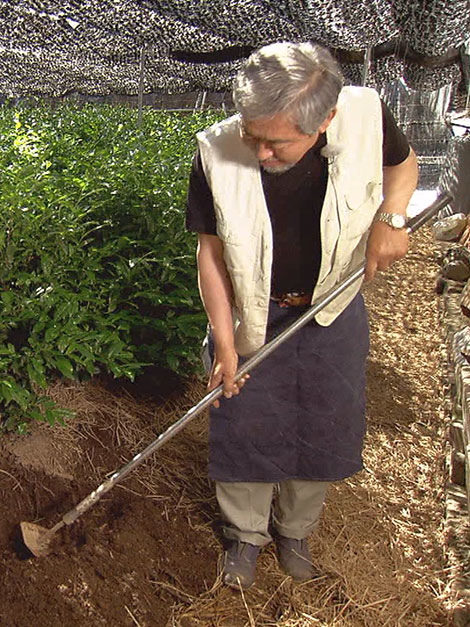